Defying the Laws of Acoustic Engineering 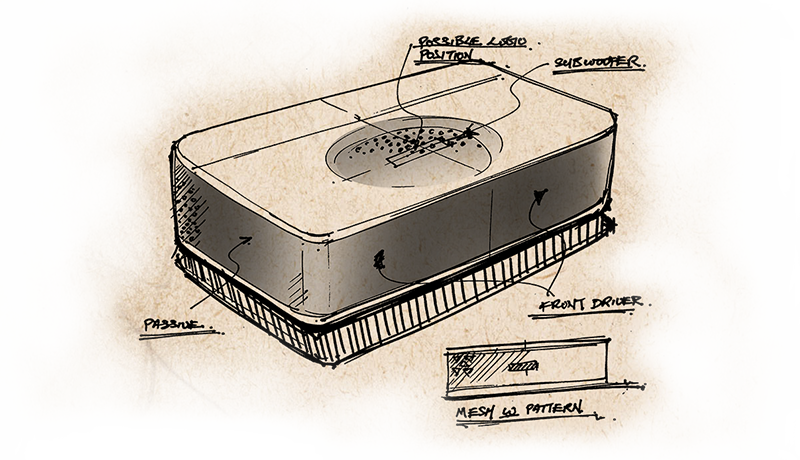 It was mission impossible from the beginning: a portable Bluetooth wireless speaker no larger than a booklet, that doesn’t just look great, but also has powerful killer audio with kickass thumping bass. Impossible!

On top of that, it had to house a big battery to support the loud audio and provide for about a day’s worth of listening, without an increase in the speaker size. Impossible!

I also wanted it to be feature-rich: so rich that it must out-feature all portable speakers out there by far. This would mean more components, more circuits, more buttons, more connectors… But the size of the speaker must not grow any bigger. Impossible!

Finally, it must out-perform speakers more than twice its price, with absolutely no compromise whatsoever on the quality of the product. Impossible!

How could all these be possible? It’s like defying the law of gravity!

We razed through countless designs and built many different prototypes to stretch the limits of the possibilities. Numerous times we crossed into the terrains of the impossible and many times we inched back and made them possible. 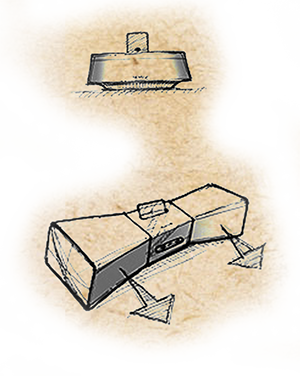 For example, to have big bass, a big acoustic chamber is needed. But we wanted the Sound Blaster Roar to be compact and portable, while still delivering great bass and housing a huge battery.

To keep the overall speaker size small, we placed the battery and all the electronic circuits inside the acoustic chamber. We then further enhanced the bass by making the chamber air-tight and employing two low frequency acoustic radiator drivers at each end of the chamber. In this way, every cubic millimeter of free space was utilized to boost the bass acoustics.

The bass improved dramatically without taking up much space.

When playing very loud music, the speaker’s power requirement increased significantly and this resulted in the battery and power amplifier circuits to heat up. On top of that, heat was trapped inside the speaker because the acoustic chamber was sealed.

After playing very loud music for some time, the battery protection circuit would shut down the battery to prevent it from overheating.

The obvious solution was to place the battery and the circuit board outside the acoustic chamber, but this would increase the size of the speaker significantly.

It seemed we had to choose between a small size or a high power output. To ask for both would be crossing into the terrain of the impossible.

Faced with this challenge, we went back to the drawing board to redesign the acoustic chamber.

After several attempts, we defied the rules of conventional speaker design by coming up with a novel way to implement an intricate heat sink system in the chamber itself.

Two heat-conducting copper plates were designed into the walls of the chamber with a thick braid of copper wires bonding them to the printed circuit board containing the two high-power amplifiers.

With this solution, trapped heat is dissipated via two ways — convection and conduction — simultaneously. The small size of the chamber and the high power output were preserved and the impossible was made possible. 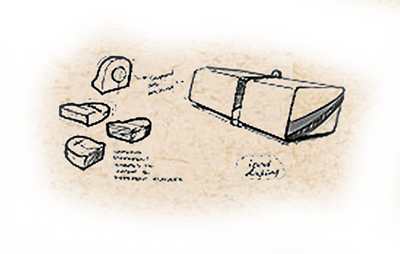 Another challenge was that although the Roar has built-in advanced audio signal processing that allows it to be tuned however we like, it was still impossible to provide one perfect tuning that satisfies all our users. This is because opinions are divided into at least two camps when it comes to speaker tuning.

One camp, the Audiophiles, demands that speakers should be like professional loudspeakers that are tuned to be accurate, balanced and well-defined.

The other camp doesn’t need audio to be so precise and balanced. Instead, they want spacious, no-holds-barred audio.

We could have tuned the Sound Blaster Roar either way, but we couldn’t have a tuning setting that satisfies both camps at the same time. To compromise between the two camps would have been worse. One solution would be to allow the users to tune the speaker themselves, but this would be a big hassle for most users. (That being said, we do actually allow this via the Sound Blaster Control Panel software for PCs and Macs.)

After much deliberation, we came up with another novel idea of a “Roar” button that users could use if they wanted to. The Sound Blaster Roar, by default, would produce well-balanced, precise audio, but with a push of the Roar button, the loudness, depth and spaciousness of the audio would be boosted instantly. Both camps would be happy.

Beyond that, we added another feature, TeraBass, to satisfy yet another sub-camp that wanted to have louder bass (which is, in essence, un-balanced) at low playback volumes (you can read our white paper for more of this).

And so the impossible was made possible again. Having said all this, we believe a majority of our users will already be satisfied by the default tuning and incredible audio performance of the Sound Blaster Roar. 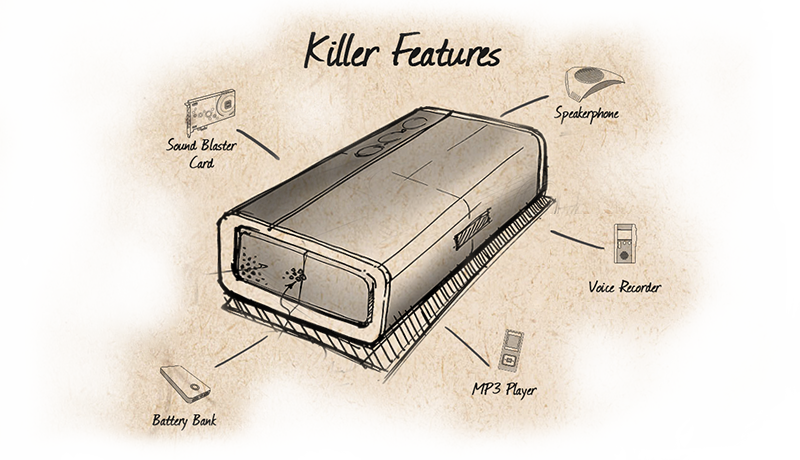 We believe in providing the maximum value for money for our users. In order to do this with the Sound Blaster Roar, the speaker had to not only be competitively priced, but also very versatile for all occasions.

It had to be a portable speaker that could be brought everywhere, but it also had to be powerful enough to serve as your home stereo. It should be able to store your music, like a jukebox.

It had to be a speakerphone for your smartphone, and it should even record your calls if you wanted. It should also serve as a standby portable battery bank for smartphones and tablets.

Lastly, it should also double up as the speaker for your personal computer. And what about a siren for… anyone?

Trying to provide more useful features not only increases the cost of the product, it also significantly increases its size. Keeping the cost low and the size small despite packing it with so many features is yet another impossible task our designers faced.

The design challenge was like a gymnast trying to juggle many objects in the air, while performing gymnastics of the highest degree of difficulty, and at the same time squeezing into a small box like a contortionist, while not breathing. How could all this be possible?

But this was exactly what we did! We squeezed all the amazing features into a small booklet-size box that, at the same time, delivers uncompromisingly loud and powerful audio with kickass thumping bass.

Then we tightened our belts and removed all the middlemen in our sales processes, allowing us to deliver the Sound Blaster Roar directly from the factory to you. The result: an incredible, unbeatable price.

The Sound Blaster Roar is the culmination of our long journey in audio. We spent two years designing it, and it follows decades of our relentless pursuit of developing cutting edge audio technologies and audio perfection.

The foundation of all this comes from the original Sound Blaster, which became the PC audio standard with over 400 million units sold globally.

I witnessed the birth of Sound Blaster in 1989. And now, as we are introducing the Sound Blaster Roar to the world 25 years later, I can't help but feel a strong sense of déjà vu.

Together, we could be witnessing history in the making again...